In December 2018, the National Institute of Standards and Technologies (NIST) (a part of the Department of Commerce) published a draft Green Paper, titled “Return on Investment Initiative for Unleashing American Innovation” (NIST Special Publication 1234). 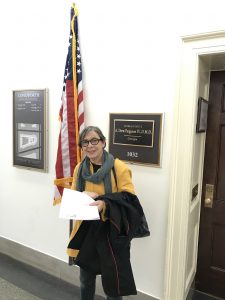 The draft Green Paper was published after the launch of an April 2018 initiative, “Unleashing American Innovation Symposium” and followed four public hearings and a request for comments noticed on May 1, 2018 (83 FR 19052). The initial comment period closed July 30, 2018. 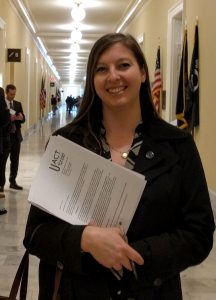 UACT drafted a letter to raise the alarm in members of Congress that an initiative that began under the auspices of a review of licensing practices by federal labs has emerged as an outright an attack on reasonable pricing obligations for drugs and other inventions that was codified by the US Congress in the Bayh-Dole Act.

The full text of the letter follows below, and a PDF version is available here.

Dear Member of US Congress,

We are writing to alert you to an appalling proposal by the National Institute of Standards and Technologies (NIST) to issue regulations that will redefine and narrow the public’s rights in federally-funded inventions, and specifically, will make it impossible to use federal march-in or royalty-free rights to provide affordable treatments to US patients.

The stealth technical initiative was launched after the April 19, 2018 “Unleashing American Innovation Symposium” in Washington, DC, and followed four public hearings and a request for comments noticed on May 1, 2018 (83 FR 19052). The initial comment period closed July 30, 2018. What started out as an unpublicized unrelated review of licensing practices by federal labs, has become a broader stealth attack on reasonable pricing obligations for drugs and other inventions.

The NIST draft Green Paper on Return on Public Investment[1], a 135-page long technical document, was published on December 6, 2018 and includes proposals designed to narrow and even eliminate important safeguards in the Bayh-Dole Act. In particular, the Green Paper includes provisions designed to protect companies that sell expensive drugs, vaccines, diagnostic tests and gene- and cell-treatments like CAR T from obligations to ensure products are affordable and accessible, by enacting new regulations to restrict the use of march-in and royalty-free rights in patents on federally-funded inventions.

What is at risk?

There are currently three important public interest safeguards in the Bayh-Dole Act, including:

The NIST Green Paper Intended Action 1 proposes policies and regulations to limit such rights. Specifically, the recommendation is that:

What NIST is proposing is that the US government be prevented from using the royalty-free right in inventions to have drugs manufactured for and distributed to the public under a government program, like Medicare, Medicaid, the Ryan White program or future programs, such as the new Trump Administration proposal to eradicate HIV or an extensive vaccination program for the Zika virus.

“Implement regulatory change under the Bayh-Dole Act to make explicit that the use of march-in rights specified in statute is reserved for a compelling national issue or declared national emergency when other remedies have failed.

Implement regulatory change under the Bayh-Dole Act by specifying that march-in rights should not be used as a mechanism to control or regulate the market price of goods and services.”

The proposed changes would lock in past practices by the National Institutes of Health (NIH) and the Department of Defense (DoD) that have allowed companies to charge any price they want for federally-funded inventions, including prices that are far higher than are found in other high income countries. The regulation would effectively overturn a directive to the Department of Defense in the 2017 National Defense Authorization Act, from the Senate Armed Services Committee, which instructed the DoD to use march-in rights when the price of a DoD-funded drug was higher than the median price in the seven largest economies with at least 50 percent of US per capita income. There is a current case pending before DoD on this issue, filed by two cancer patients, including one Vietnam veteran, regarding Xtandi, a prostate cancer drug that has an average wholesale price (AWP) of $159,000 per year in the United States. The US price is three to five times higher than the price other high income countries.

Another important statutory requirement, that a federally-funded invention be “available to the public on reasonable terms,” is to be redefined to the point of becoming if not absurd, at least meaningless.

NIH Director Dr. Francis Collins and before him Dr. Elias A. Zerhouni, have both taken the position that the obligation to make the benefits of inventions “available to the public on reasonable terms” will be satisfied if a company makes a product available to the public at any price. This is an extremely disturbing interpretation of “available to the public on reasonable terms.” As Congress recognizes almost everyday in hearings and meetings the price of drugs, vaccines, diagnostic tests and gene- and cell-treatments like chimeric antigen receptor T-cell (CAR T) therapies is the metric that counts the most for patients, payers, US government programs, and “the public.” Interpreting “reasonable terms” as available at any price is outrageous and callous and certainly not reasonable.

UACT is deeply concerned by the changes proposed by NIST in the regulations and policies relating to the use of the royalty-free and march-in rights in federally-funded patents, and the ruthless efforts to use regulations to narrow the statutory definition of “available to the public on reasonable terms.”

UACT is asking that Congress take a bipartisan approach to stop the adoptions of policies that will certainly harm patients and to ensure that NIST does not pursue the changes in regulations of the Bayh-Dole Act that would eliminate fundamental safeguards for US citizens.

I would be happy to address any questions you may have or to meet with you regarding this important matter.