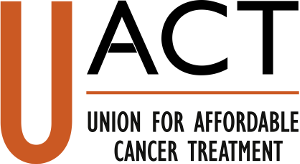 The National Institute of Standards and Technology (NIST), a part of the US Department of Commerce, proposed a slate of detrimental changes to regulations in the Bayh-Dole Act governing “Rights to Federally Funded Inventions and Licensing of Government Owned Invention.” The public was given the opportunity to comment on the proposed changes, and by the close of the comment period on April 5, 2021 NIST had received over 81,000 comments on the issue. The proposed changes cover a variety of areas that impact policies concerning access to medicines and drug pricing, including patients’ rights to challenge the government’s grant of a taxpayer-funded invention to a company via exclusive license.

The Union for Affordable Cancer Treatment filed comments opposing several of the proposals, including:

UACT’s comments also highlights notable statistics on government rights in patented inventions for cancer patients. For example, from 2010 to 2020 the USPTO issued 146,358 patents that included the word “cancer” in the patent. Of these patents, 20,717 declared either an assignment to the United States of America on the patent or declared in a separate field that the U.S. government had rights in the patent, pursuant to a funding agreement.

The full docket of comments received by NIST on this issue is available here: https://www.regulations.gov/document/NIST-2021-0001-0001

2021-04-06
Previous Post: UACT supports Costa Rica Proposal for a WHO Global Pool for Covid-19
Next Post: UACT and KEI Comments to NIH Regarding Exclusive License of CAR therapy for Cancer to Syncopation